Look are quite important, and there’s no denying that – but then are looks everything? As the popular idiom and our morals go, there’s more to someone than what appears on the surface…but wait, what if you can only see a little since there’s a mask in the middle? Yes, we are talking about the popular maskfishing trend!

What Is Maskfishing? A Brand New Dating Problem!

So what is maskfishing? The Urban Dictionary quite literally talks a little about this trend. Here’s what we found!

“The phenomenon where a person appears to be more attractive because they are wearing a facemask. Example: I thought this guy was totally cute, but then he took his facemask off and I can see that he was maskfishing.”

So you know those people who look really attractive every time they have a mask on, and then the moment the mask disappears boom! Your illusions break free, and you realize how deceptive appearances can always prove to be! Of course, the term originally came from another popular ‘fishing’ term – yes, we are talking about ‘catfishing!’

Catfishing refers to creating some fictional persona online and deceptively dating people – your date has no clue how you actually look or even are as a person beyond that fake identity on your socials.

The Impact Of Maskfishing On Dating!

So now you have a fair idea about what does maskfishing mean – but can you realize the impact this trend can have on someone’s dating life? If any dating profile online comes with a selfie where the person us covering most of their features with a mask, then that could be a potential red flag. While most people will say that the person prioritizes health, others could easily find this a little fishy, literally!

And we have examples to prove that this trend is real and has already started impacting the dating life of so many people.

For instance, in 2020, AdultFriendfinder, a hookup platform, introduced the ‘No Maskfishing Mandate’ to prevent platform users from randomly posting their masked photos. But somehow, TikTok always has made the most of trends, with #maskfishing boasting more than 336 million views.

Most of the videos under the #maskfishing hashtag are all part of this trend where all the users simply post their footage once with masks on and once without masks – the videos have only one question, ‘am I maskfishing?’

Comments such as ‘you are looking different from your photos online’ or even ‘I would have never realized your complete face actually looks like this’, of course, have a larger impact than you probably ever realized. Such comments or even such trends in a broader context can make people really insecure about their imperfections or even facial features.

Mask fishing started with wearing masks and today has grown to become the only proprietor of self-image and insecurity issues. It has been found that Zoom fatigue or exhaustion is even worse for all women. Researchers even termed this “self-focused attention,” originating from viewing selves through video calls, as a primary cause.

There are so many more dating terms like mask fishing that have emerged in the world of dating, infiltrating all our loves affected by the Pandemic. While we have all lived with insecurities for some time now, the latest trend has just made things world – a hook followed by a line first and then sinker.

Check out the most frequently asked questions about maskfishing mentioned below in detail!

1. How Do You Know If You’re A Maskfish?

Ans: The urban dictionary defines maskfishing as a phenomenon when ‘a person appears to be more attractive because they are wearing a face mask.’ So essentially, a maskfish is anyone who is a catfish since these people look attractive based on their visible features, like their eyes.

Ans: Reverse maskfishing refers to a phenomenon when anyone might be perceived as relatively more attractive with masks. According to most netizens, however, several K-pop idols are actually so beautiful that keeping half their faces covered, in fact, covers their beauty – hence, this is known as reverse mask fishing.

Ans: ‘Maskfishing’ is one term that is now being used to talk about anyone who looks absolutely different from how they look with masks on. So the observer who initially thought someone with a mask was very beautiful might be left shocked after seeing the real appearance and the facial structure of the person.

4. What Does Fishing Mean On Tiktok?

Ans: The ‘fishing’ trend first emerged on TikTok when the platform users started showing how their look with and without their masks. And that wasn’t all. These users would also ask something on the lines of, ‘Am I mask fishing?’

Whatever the situation may be, share your thoughts and experiences with us in the comments below! 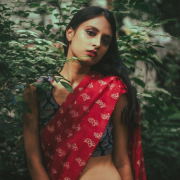 How To Build Your Smart Home System: A Beginners Guide

How Far Is San Diego From Los Angeles?

What Is The Difference Between Expectation And Reality For Cancer Treatment?

Leading a healthy life is essential for any human being. Most people face several issues ...
By Sumona
November 22, 2022

How To Protect Your Feet from Fungal Toenails?

What Is Power Waxer? How To Use It?

I know you deserve to take care of yourself. From skin to toe, you need ...
By Shahnawaz Alam
September 3, 2022

As anyone who has ever played golf, cricket, or cycling in the summer knows, the ...
By Sumona
August 23, 2022

Top 10 Dog Breeds Around The World